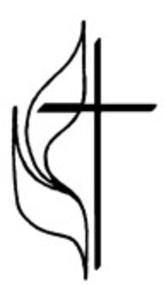 United Methodists profess the historic Christian faith in God, incarnate in Jesus Christ for our salvation and ever at work in human history in the Holy Spirit. Living in a covenant of grace under the Lordship of Jesus Christ, we participate in the first fruits of God's coming reign and pray in hope for its full realization on earth as in heaven.

Our heritage in doctrine and our present theological task focus upon a renewed grasp of the sovereignty of God and of God's love in Christ amid the continuing crises of human existence.

Our forebears in the faith reaffirmed the ancient Christian message as found in the apostolic witness even as they applied it anew in their own circumstances.

Their preaching and teaching were grounded in Scripture, informed by Christian tradition, enlivened in experience, and tested by reason.

Their labors inspire and inform our attempts to convey the saving gospel to our world with its needs and aspirations.

The pioneers in the traditions that flowed together into The United Methodist Church understood themselves as standing in the central stream of Christian spirituality and doctrine, loyal heirs of the authentic Christian tradition. In John Wesley's words, theirs was "the old religion, the religion of the Bible, the religion . . .of the whole church in the purest ages." Their gospel was grounded in the biblical message of God's self-giving love revealed in Jesus Christ.

Wesley's portrayal of the spiritual pilgrimage in terms of "the scripture way of salvation" provided their model for experiential Christianity. They assumed and insisted upon the integrity of basic Christian truth and emphasized its practical application in the lives of believers.

This perspective is apparent in the Wesleyan understanding of "catholic spirit." While it is true that United Methodists are fixed upon certain religious affirmations, grounded in the gospel and confirmed in their experience, they also recognize the right of Christians to disagree on matters such as forms of worship, structures of church government, modes of Baptism, or theological explorations. They believe such differences do not break the bond of fellowship that ties Christians together in Jesus Christ. Wesley's familiar dictum was, "As to all opinions which do not strike at the root of Christianity, we think and let think."

But, even as they were fully committed to the principles of religious toleration and theological diversity, they were equally confident that there is a "marrow" of Christian truth that can be identified and that must be conserved. This living core, as they believed, stands revealed in Scripture, illumined by tradition, vivified in personal and corporate experience, and confirmed by reason. They were very much aware, of course, that God's eternal Word never has been, nor can be, exhaustively expressed in any single form of words.

They were also prepared, as a matter of course, to reaffirm the ancient creeds and confessions as valid summaries of Christian truth. But they were careful not to set them apart as absolute standards for doctrinal truth and error.

Beyond the essentials of vital religion, United Methodists respect the diversity of opinions held by conscientious persons of faith. Wesley followed a time-tested approach: "In essentials, unity; in non-essentials, liberty; and in all things, charity."

The spirit of charity takes into consideration the limits of human understanding. "To be ignorant of many things and to be mistaken in some," Wesley observed, "is the necessary condition of humanity." The crucial matter in religion is steadfast love for God and neighbor, empowered by the redeeming and sanctifying work of the Holy Spirit.